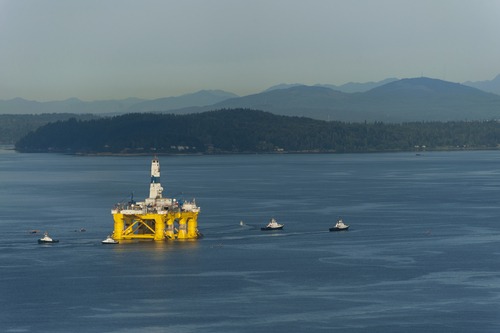 The Alaska Outer Continental Shelf contains an estimated 27.3 billion barrels of oil and 131.6 trillion cubic feet of natural gas, noted the senator’s office. But under current law, Alaska does not receive any revenue from the development of those resources outside of the nearshore areas designated under Section 8(g) of the Outer Continental Shelf Lands Act.

“Offshore revenue sharing is a matter of simple fairness,” Sen. Murkowski said on Oct. 26. “This legislation ensures that Alaskans receive a fair portion of the benefits that our resource-rich state provides.”

Sen. Murkowski sponsored the Alaska Offshore Parity Act, S. 2996, with U.S. Sen. Dan Sullivan (R-AK) on Oct. 19. The bill would provide for the distribution of certain revenues to Alaska to provide parity with onshore and offshore development in the Outer Continental Shelf.

“This legislation creates a framework to mitigate environmental impact, protect coastal communities, and support projects for various entities in Alaska while providing fairness and parity,” Sen. Murkowski said. The revenue sharing program created under the bill would provide support for onshore infrastructure for coastal communities, mitigation of damage to natural resources, and programs at higher education institutions in Alaska.

“Providing revenue sharing from the development of Arctic resources to surrounding coastal communities makes sense and is the right thing to do,” the senator said.

The bill is under consideration in the U.S. Senate Energy and Natural Resources Committee, of which Sen. Murkowski is a member.