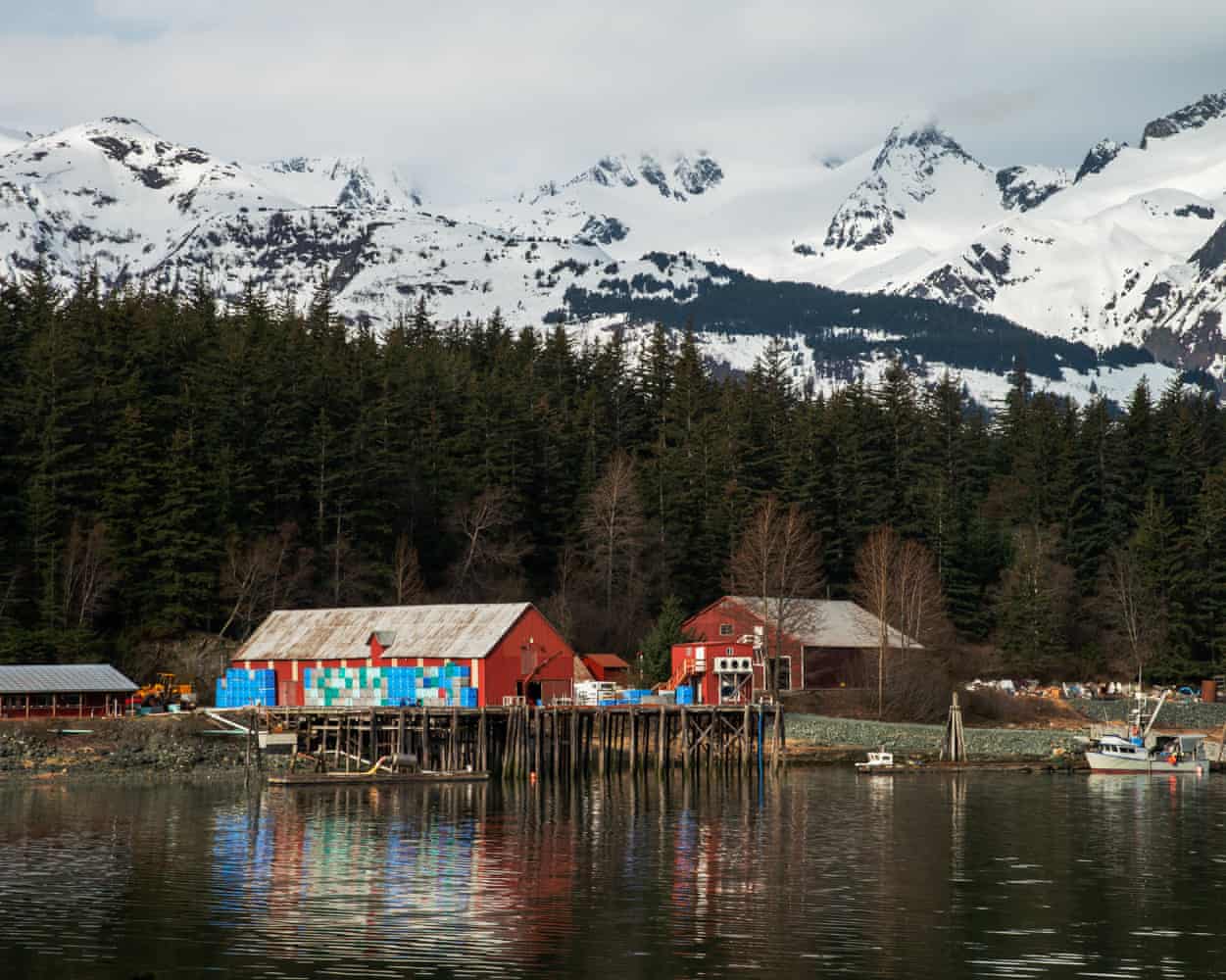 AK - A tiny Alaska town is split over a goldmine. At stake is a way of life

In Haines, where the salmon once leaped under snow-capped mountains, a massive mining project promises well-paid jobs – and threatens a fragile ecosystem

For 2,000 years, Jones Hotch’s ancestors have fished Alaska’s Chilkat River for the five species of salmon that spawn in its cold, clean waters. They have gathered berries, hunted moose and raised their families, sheltered from the extremes of winter by the black, saw-toothed peaks of the Iron Mountain.

Now Hotch fears a proposed mining project could end that way of life.

Hotch has an infectious, boyish laugh – but there is no mistaking how worried he is about plans to build a mine where millions of pounds of zinc, copper, lead, silver and gold are buried, beneath the valleys’ mountains. We arejust miles from the headwaters of the Chilkat, the glacial river that serves as the main food source of the Tlingit, the region’s Indigenous people, as well as the inhabitants of Haines, the nearest port town.

“You guys might have your Safeway,” he says, waving his arm across the valley. “There’s ours all around here.”

Hotch, a tribal leader, lives in Klukwan, a village that takes its name from the Tlingit phrase “Tlakw Aan” – “the village that has always been”. It is the hub of an ancient trading route – later known as the Dalton Trail – that runs from Haines to Fort Selkirk in Canada.

Here in south-east Alaska, the consequences of the climate crisis are already visible. “Our mountains used to be snow-capped all year round,” Hotch said. “Two summers ago, our mountains were almost totally bare.” In Haines, hardware stores sold out of box fans because it was so hot.

King salmon – also known as Chinook – are in particular trouble. Haines’s popular annual fishing derby for largest species of Pacific salmon has been canceled, and now if anyone catches one, it must be released, in the hopes of encouraging their numbers.

“We need the snow to keep water cold for the salmon, for the summer blueberries,” says Hotch. Last year he saw fewer bumblebees, essential for pollination, and the blueberry crop was very disappointing. “I saw a bumblebee last week and I got real happy,” he laughs.

The mine, known as the Palmer Project, is still in the exploratory stage but financial control of the project was taken over by Dowa – a metals manufacturer and one of Japan’s largest companies – in a move that is seen as giving fresh impetus to the project.

If it gets approved, Hotch worries that contamination from the mine, located under the Saksaia glacier, could destroy the salmon runs they rely on. Even the exploration now under way could irreparably damage the fragile ecosystem, he believes, adding that the town would suffer too. Haines is heavily reliant on commercial salmon fishing, as well as tourism – each November, visitors flock to town to watch the largest convocation of bald eagles on the planet gorge on salmon.

“This project is a serious, significant threat facing our people,” says Hotch. “Some of the younger generation here now, they could say, ‘We were the last ones that were able to smoke fish, jar fish, pick blueberries,’” says Hotch. “We are working very hard to make sure no generation will have to say that.”

Mining has a long and storied history in the Chilkat Valley, stretching back all the way to the 1890s Klondike gold rush. Hopeful prospectors have been trying to strike it rich ever since Haines local Merrill Palmer – hence the name of the mine project – first laid claim to the site in 1969.

This year, plans to open operations finally took a significant step forward when Dowa took over the majority interest in the project from its Canadian partner, the exploration company Constantine.

“It is a decision by an investor, already highly invested, to put in additional money to further develop it and take control of the project,” Jim Kuipers, a Montana-based consultant, told the Chilkat Valley News. “Every year the project continues to get financed and ownership gets more consolidated it does become more likely to happen.”

Along the banks of the Chilkat, there are already signs of increased activity. The Haines highway is being extended to carry heavy trucks at higher speeds, and the state-run Alaska Industrial Development and Export Authority (Aidea) is proposing financing reconstruction of the town’s deepwater dock to include an ore dock that would make it easier to transport the bounty that the Constantine corporation believes the mine contains.

The economic turmoil triggered by the coronavirus has added impetus to the plans. The unemployment rate in Haines was over 14% in January. Meanwhile, copper prices have soared to record levels as large parts of the global economy emerge from pandemic lockdowns. The Palmer project would support 220 full-time jobs and 40 contractors, a significant boost to a town with a population of 1,863.