Coastwide
The headquarters of the Department of Interior in Washington.Credit...Victor J. Blue for The New York Times 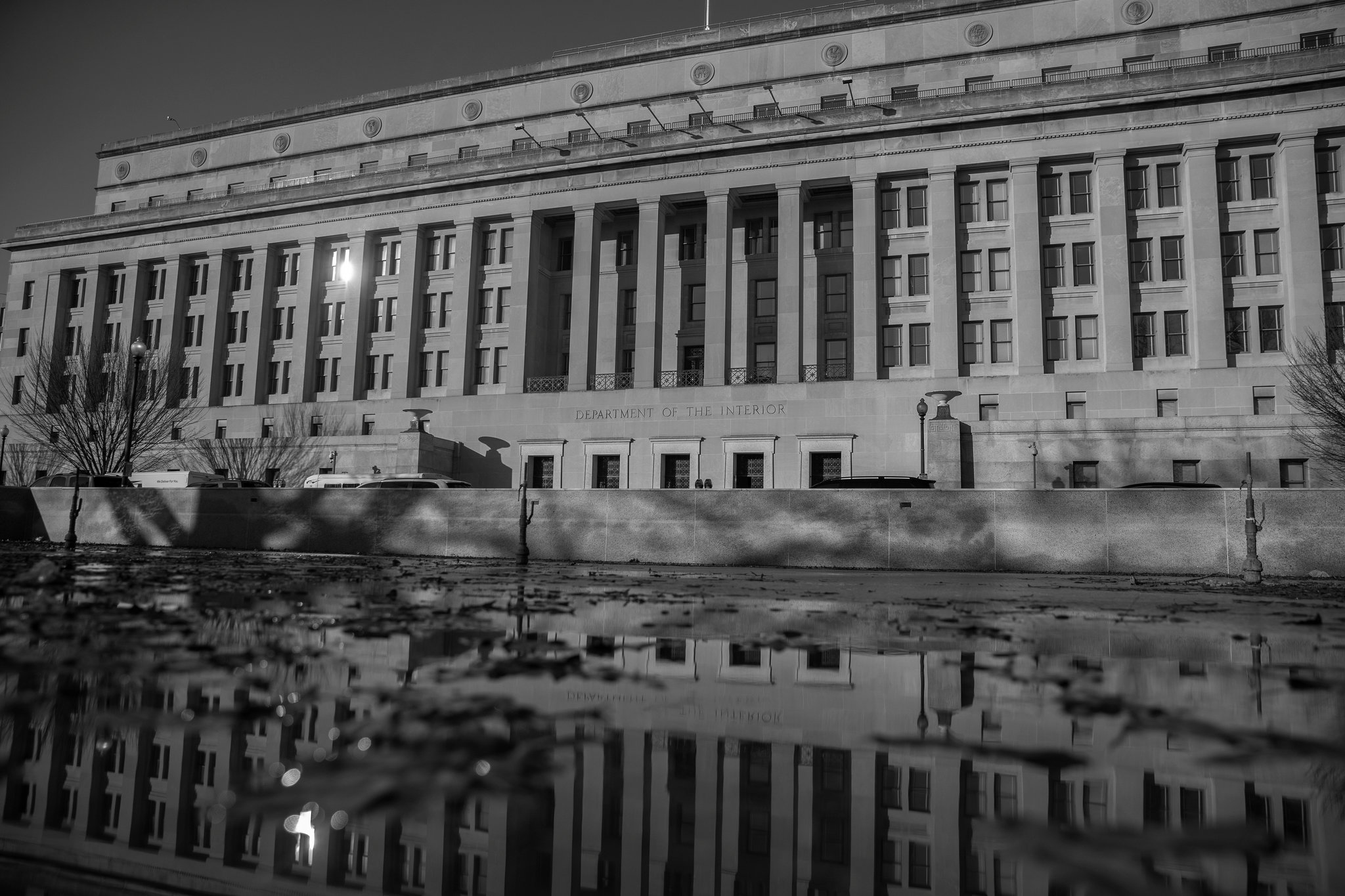 USA - A War Against Climate Science, Waged by Washington’s Rank and File

Efforts to block research on climate change don’t just come from the Trump political appointees on top. Lower managers in government are taking their cues, and running with them.

Efforts to undermine climate change science in the federal government, once orchestrated largely by President Trump’s political appointees, are now increasingly driven by midlevel managers trying to protect their jobs and budgets and wary of the scrutiny of senior officials, according to interviews and newly revealed reports and surveys.

A case in point: When John Crusius, a research chemist at the United States Geological Survey, published an academic paper on natural solutions to climate change in April, his government affiliation never appeared on it. It couldn’t.

Publication of his study, after a month’s delay, was conditioned by his employer on Dr. Crusius not associating his research with the federal government.

“There is no doubt in my mind that my paper was denied government approval because it had to do with efforts to mitigate climate change,” Dr. Crusius said, making clear he also was speaking in his personal capacity because the agency required him to so. “If I were a seismologist and had written an analogous paper about reducing seismic risk, I’m sure the paper would have sailed through.”

Government experts said they have been surprised at the speed with which federal workers have internalized President Trump’s antagonism for climate science, and called the new landscape dangerous.

“If top-level administrators issued a really clear public directive, there would be an uproar and a pushback, and it would be easier to combat,” said Lauren Kurtz, executive director of the Climate Science Legal Defense Fund, which supports scientists. “This is a lot harder to fight.”

An inspector general’s report at the Environmental Protection Agency made public in May found that almost 400 employees surveyed in 2018 believed a manager had interfered with or suppressed the release of scientific information, but they never reported the violations. A separate Union of Concerned Scientists survey in 2018 of more than 63,000 federal employees across 16 agencies identified the E.P.A. and Department of Interior as having the least trustworthy leadership in matters of scientific integrity.