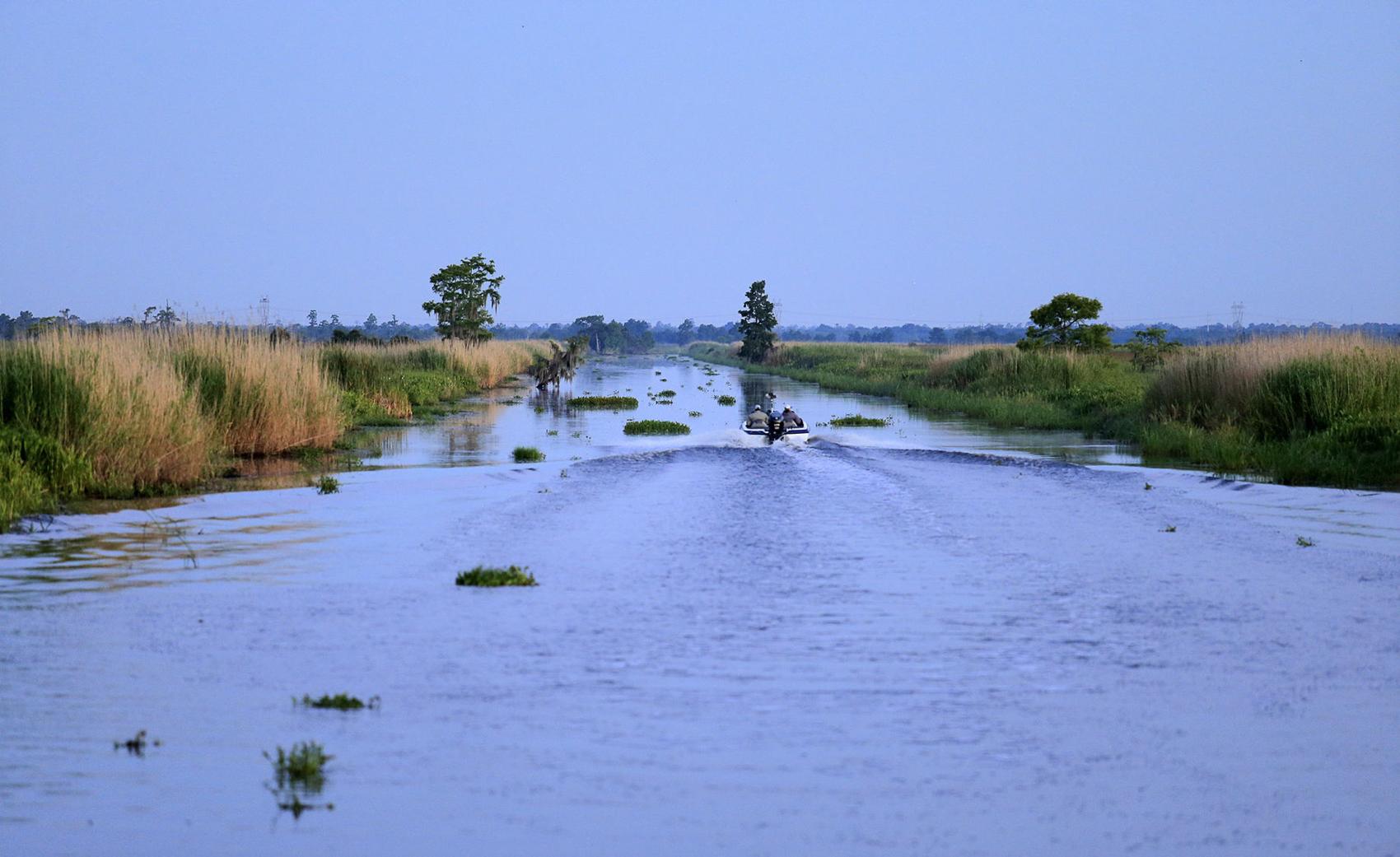 LA - A conundrum: Who owns Louisiana land after it washes away?

Louisiana's continual land loss has created a monumental legal headache: When privately owned land vanishes under the water, who does it belong to?

A task force created in the summer of 2018 to come up with policy recommendations sent its list of possible solutions to state lawmakers Friday, ahead of their regular session.

The problem is a result of the state's rapidly changing landscape. About 80 percent of Louisiana's coast is privately owned. But, under an old law, as coastal erosion and sea level rise turn the land into open water the area becomes property of the state, including the mineral rights underneath.

Private landowners have become more adamant about restricting access to water on their property in order to assert their claim to the minerals underneath it. But boaters often have difficulty figuring out where private property ends and public waterways begin. Since 2003, Louisiana law does not require landowners to post signs demarcating their property. The resulting confusion led the Bass Anglers Sportsman Society, or BASS, to announce in 2017 that it would no longer host professional fishing tournaments in Louisiana tidal waters, where fishers risk being arrested.