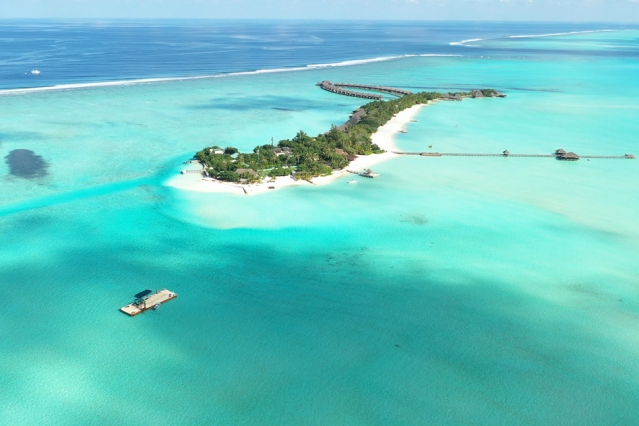 In the Maldives, an MIT team is conducting experiments to combat sea-level rise by redirecting natural sand movement.

Many island nations, including the Maldives in the Indian Ocean, are facing an existential threat as a result of a rising sea level induced by global climate change. A group of MIT researchers led by Skylar Tibbits, an associate professor of design research in the Department of Architecture, is testing ways of harnessing nature’s own forces to help maintain and rebuild threatened islands and coastlines.

Some 40 percent of the world’s population lives in coastal areas that are threated by sea level rise over the coming decades, yet there are few proven measures for countering the threat. Some suggest building barrier walls, dredging coastlines to rebuild beaches, or building floating cities to escape the inevitable, but the search for better approaches continues.

The MIT group was invited by Invena, a group in the Maldives who had seen the researchers’ work on self-assembly and self-organization and wanted to collaborate on solutions to address sea-level rise. The resulting project has now shown promising initial results, with a foot and a half of localized sand accumulation deposited in just four months. MIT News asked Tibbits to describe the new approach and its potential.